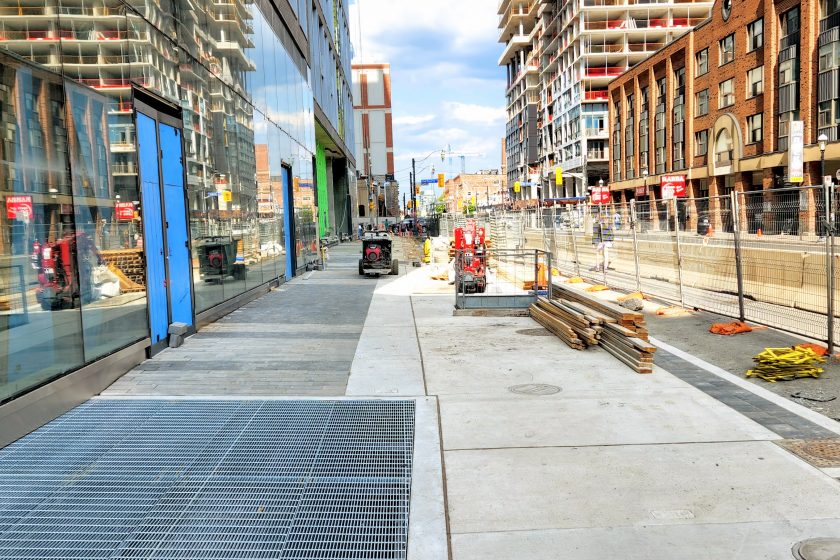 In the 4th week of July, we can see that the sidewalks around the St. Lawrence Condominiums at 158 Front Street East, are getting closer to being completed. As neighbours know, and as we’ve reported, the Frederick Street sidewalk has been completed, the outer part of the Sherbourne Street sidewalk is also fully open. Some work remains to be completed at the corner of the building at Sherbourne and Front.

Work on the interior of the building continues toward the completion of the few suites that are currently unfinished.

On the exterior there are a few remaining sections of glazing (e.g. windows), that will be installed over the coming weeks. There will also be finishing touches around the exterior of the building, along with general clean up, that will occur once the main sidewalk work is completed.

We do not have a date for when the new trees will be planted nor the street lights. We hope to be able to provide some guidance on the time frames for the completion of these final elements in a subsequent update.